House of Salt and Sorrows by Erin A. Craig (416 pages)

A Mind-bending Retelling of Grimm’s 12 Dancing Princesses
Home  |  Blog   |  House of Salt and Sorrows by Erin A. Craig (416 pages)

House of Salt and Sorrows by Erin A. Craig (416 pages)

Annaleigh lives at Highmoor, a castle by the sea with her father, stepmother, and sisters in House of Salt and Sorrows. While Annaleigh was once one of twelve daughters, she is now only one of nine. These deaths have been as tragic as they have been mysterious, leaving the family in almost constant mourning. Villagers begin to whisper that the family is cursed. Annaleigh, however, believes that something more nefarious is happening to her sisters. With the help of a sympathetic stranger, Annaleigh begins an investigation of her own.

Craig’s story is a retelling of the Brothers’ Grimm The Twelve Dancing Princesses but with several original touches. First of all, as far as retellings go, The Twelve Dancing Princesses is a bit more obscure than some of the other popular retellings. This means that readers even unfamiliar with the source material can enjoy the novel without missing out. Craig’s protagonist Annaleigh is also much more dynamic and driven than most of the characters in the Grimm tales. Because of its length, the novel can juggle convincing fantasy elements along with a murder mystery plot while slowly burning to the climax. Annaleigh must rely not only on her family and this new stranger but also on her own heart to determine what is real and what she’s imagining. 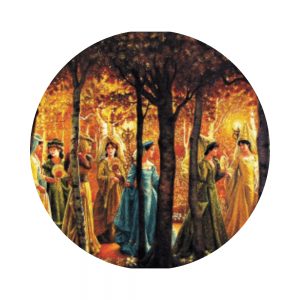 A Complicated and Haunting Murder Mystery

While horror is not necessarily a sub-genre of YA, Craig makes a serious case for adding it with this novel. Clearly influenced by the Grimm style, Craig does not shy away from the grotesque and terrifying realities of death as well as the mystery of visions and dreams. While Annaleigh and her sisters cannot always distinguish what is real from what is imagined, their fear and suspicion is unquestionable. Regarding Craig’s use of source material, she is careful to draw lightly without depending too heavily. In other words, readers entirely unfamiliar with The Twelve Dancing Princesses can read this novel without missing a beat, something other authors struggle with.

The atmosphere of this novel is both haunting and engrossing. I was immediately drawn in and desperate to find out what was happening to Annaleigh’s sisters. That being said, the pacing was a bit off for me at times which occasionally took me out of the story. Nevertheless, this is the perfect read if you’re by the sea with a cozy blanket and a warm cup of tea.

National Siblings Day: 5 Tips to Success for Working with Family