Marissa Meyer Brings a Cyborg Cinderella To Life in CINDER

With a lethal plague swarming the streets of New Beijing, no one would think that their survival may rest on a sixteen-year-old Cinder. After a supposed accident as a child left her on the brink of death, a futuristic surgery saved her life and, in turn, made her part cyborg. Now she works as a mechanic to support her dreadful stepmother and stepsisters. Sound familiar? Well, this is a fairytale retelling, but make no mistake, this is not the classic, happy tale we’re familiar with.

Cinder takes place in an ultra-modern world where robots and androids are a part of everyday life for New Beijing’s citizens. As one of the most gifted mechanics in the area, Cinder is no stranger to these technological entities. But when the charming Prince Kai trusts her to fix his vital android, Cinder wonders if she’s right for the job.

Things take a turn for the worse when Cinder’s stepmother, Adri, volunteers her for cyborg research to find an antidote for the deadly plague. Once this happens, Cinder finds herself thrust into the chaos of secrets, intergalactic wars, and forbidden romance. As secrets of her past come to light, Cinder begins to learn that she is not just a useless cyborg but a crucial key in stopping an upcoming war. 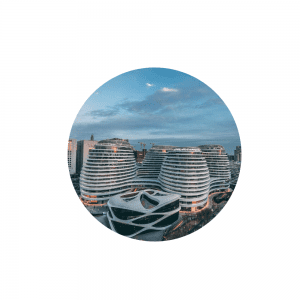 A Fast-paced, Deeper Retelling of a Cinderella Story

Cinder is not just another watered-down fairytale retelling. Marissa Meyer does an excellent job incorporating key elements from the classic Cinderella story, and adding her own kind of twist to them. Not only do we get this iconic character embodied in a cyborg, we see what this story can look like when an empire is on the brink of an intergalactic war.

One of the most interesting elements of this story was the mysterious “Lunars,” inhabitants of the moon with terrifying brain-washing powers. I thought this component helped the story veer away from the predictable story many people would expect. The Lunar characters were scary, to say the least, and Queen Levana takes the role of ‘evil queen’ to a new level. All I’m saying is she better not harm the sweet baby Prince Kai!

While the impending war with the brain-washing moon people was an exciting twist, let’s talk about the factors that paid homage to the classic fairytale. The wicked stepmother? Check. The handsome and beguiling prince? Check. The fairy godmother? Check — well, in the form of an intelligent, quirky doctor working to find a cure for the plague! My favourite tribute was all of Cinderella’s little animal friends, manifested in Cinder’s androids. Her right-hand robot, Iko, was probably one of the most entertaining characters in this story.

Cinder and Kai’s relationship was fun to watch play out through the story. Cinder’s quirkiness and Kai’s endearing personality created an entertaining dynamic that had me rooting for them from start to finish. Kai’s character is more than just the handsome prince we know from Cinderella. After his father’s death, he immediately takes on the role of emperor and must deal with the reigning Lunar threat.

Once Cinder sees how kindhearted Prince Kai is, it doesn’t take long for her to fall for him. Unfortunately, Cinder feels that if Kai knew she was part cyborg, he would be repulsed by her, so she keeps it from him. Their budding relationship soon becomes one of Cinder’s biggest motivating factors in stopping Queen Levana’s sinister plans. With the whirlwind of revelations and events happening around her, Cinder soon realizes that her life as an ordinary mechanic is over.

Cinder adds a darker, more modern twist on the classic tale that makes for a captivating story. The characters all have their own unique and individual personalities that make this book shine. Other than a few minor structure choices that pulled me out of the story at times, this book was an entertaining read that left me needing the second book in the series immediately!

Easy Back to School Recipes