From the Ashes by Jesse Thistle (338 pages)

A Memoir Highlighting Systemic Racism, Prejudice and Inequality from an Indigenous Context
Home  |  Blog   |  From the Ashes by Jesse Thistle (338 pages)

From the Ashes by Jesse Thistle (338 pages)

In From the Ashes, Jesse Thistle Reflects on his Life Experience, Adversity, Systemic Oppression and Ultimate Fight to Reclaim His Life

From the Ashes is the unabashed, graphic, and poignant memoir of Jesse Thistle, who provides a platform amplifying his voice and the voices of Indigenous people of Turtle Island. Jesse’s extraordinary memoir invites readers to walk beside him as he retells his lived experiences of being Métis-Cree, homeless, struggling with addictions and trauma, and ultimately finding his way. Culminating today, with Jesse being recognised as an Indigenous scholar, noted for his academic and contextually rich expertise in Métis heritage and homelessness. 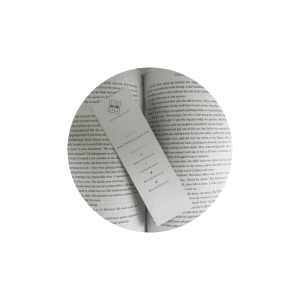 A Memoir with a Powerful Message of Injustice, Inequality and Resilience

In From the Ashes, Jesse unapologetically paints vivid and jarring pictures of his realities as a child growing up in abject poverty, fighting against a system that is systemically imbalanced and inherently stacked against him. Giving voice to the generations before him and those who traveled with him, Jesse speaks of his displacement, attempts to assimilate within the white context and harrowing life events that send him adrift.

Jesse offers an honest recount of his resisting and rejecting his Métis identity until his mid-30s when he was able to fully embrace, reclaim, and revel in his being a proud Métis-Cree man, descendant of resistance fighters. Despite the darkness that threatened to consume him throughout much of his life, Jesse perseveres with unparalleled resilience peppered with serendipitous moments that served to refocus and reinvigorate his commitment to live.

He credits his success in part to setting micro-goals, at times minute to minute, that worked in concert with supportive people who held an interminable belief in Jesse, pushing and bolstering him along the way. Thus, proving the crucial and pivotal life force that is connection.

Bearing his soul through prose, skillful narration, and vivid storytelling, Jesse brings light into the shadows of Canada, exposing our society’s darkest underbelly and offers a space for those who have been left broken and silenced. Jesse aptly shows the intersectionality of injustice and inequity that is deeply rooted in the systemic oppression of historical and modern-day practices that continues to plague Indigenous people.

Themes exhumed and exposed for review include generational trauma, colonialism, and systemic biases of prejudice, racism, and marginalization. Jesse doesn’t shy from shining a light on resource inequities that serve to propagate issues of substance abuse, gender-based violence, and dis-proportionality and population disparity within child welfare, social services, and the justice system.

Jesse feels the first steps in disrupting power imbalances require a historical understanding of the land in which systems rest upon, the treaties that were broken and ignored, and the people who were dispersed out of the land. Working from a trauma-informed lens is critical. Its practice is vital to understand Indigenous people’s back story and contextual experiences which drives systemic inequities, intergenerational trauma, and underpins the foundation where effective social change begins.

These tenants struck me at my core. While reading his memoir, I could see his path, where he was geographically, walking the streets alongside him with each page that I turned. Unbeknownst to me, Jesse and I, a year apart in age, spent many of our teen years a mere five minutes down the road from each other. Yet those five minutes feel like distinctly different worlds. We had vastly different lived experiences. The sharp contrasts are glaring in how I was able to navigate in and through systems, acquire resources, and benefit from supports despite struggling with like (but in no means equivalent) issues. It’s shocking. Appalling. And is just one example of many that could highlight the same truths across Canada for Indigenous, First Nations and Métis people.

From the Ashes requires getting comfortable in the uncomfortable, knowing and owning responsibility for the cultural genocide of Indigenous people in Canada while taking conscious steps towards social change. As someone who works in child welfare, I aim to be consciously aware of my authority and role within a flawed system that has caused irreparable trauma to Indigenous people and families. I carry this responsibility for reconciliation and reconciliation in my work and heart.

I’m also cognizant of my children’s paternal Indigenous heritage that has been a source of vulnerability for his family. Like Jesse, the family rejected their heritage. Conversely, my children’s indigenous heritage has become a source of great pride and wonderment that has sprouted wings towards discovery. As such, I am charged to hold all three pieces with great care. I must learn and grow my knowledge base, be mindful of my professional role and the impact of my presence, while also creating a safe space for my family to connect, claim, and celebrate their heritage.

ABOUT THE AUTHOR – Jesse Thistle is currently an associate professor at York University, a PhD candidate. He won a Governor General’s Academic Medal in 2016 and is a Pierre Elliot Trudeau Foundation Scholar and a Vanier Scholar.

From the Ashes is a marvel in its vulnerability and gift to readers that should be used in contemporary Canadian history and social change courses in high-schools and post-secondary literature reviews.

From the Ashes imbues tremendous hope though not without pain. Jesse holds your heart while breaking it. Repairing your tattered heart by weaving veins of unforgettable truths sewn into its arterial walls. With grace, he creates ripples towards change.

5 of the Best Cafes in Toronto

A Song of Wraiths and Ruin by Roseanne A. Brown (432 pages)