Fall is in the air! While some might long for more steamy summer nights, I look forward to the crispness of fall. Cozy sweaters, tall boots, the turning of leaves, perhaps something pumpkiny, and of course, new fall reads! Who is ready for the 5 new hot fall fiction books for 2020?

Here are my top 5 new hot fall fiction books for 2020 from Simon & Schuster and Penguin Random House. This fall 2020 collection spans many genres including thrillers and mysteries, a darker thriller dubbed Nordic noir, contemporary and women’s literature, and a collection of short stories; two of which are by BIPOC authors.

Each book will pair nicely with your pumpkin spice latte and have you looking forward to your favourite reading nook on quiet fall days and spooky nights! 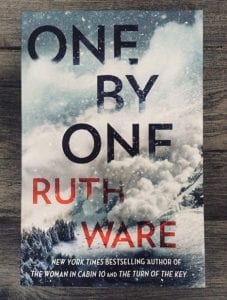 The #1 New York Times bestselling author of The Turn of the Key and In a Dark Dark Wood (amongst her other works) is back with one of fall 2020’s most anticipated thrillers, One by One. In it, Ruth has taken her craft to literary—and literally—new heights!

Teeming with mystery, suspense, and psychological thrills, One by One brings readers to a remote ski chalet in the French Alps. The majesty of the landscape is home to a private week-long work event aimed at forging stronger work connections and high collaboration. However, the retreat takes a sharp curve when a teammate sets the stage for a coup.

The only thing more dangerous than the storm brewing outside, hinting at a possible avalanche, is the treacherous climate found within the walls of the chalet. Colleagues become co-conspirators, friends become frenemies, and nothing is as it seems. Pitting one another against each other, tragedy befalls One by One leaving no one safe.

Fans of Ruth Ware will enjoy her turn-key style of writing. With a smart, cunning, and calculating cast of characters and a richly layered plot, readers will find One by One perfect for a fall full of thrills and chills! 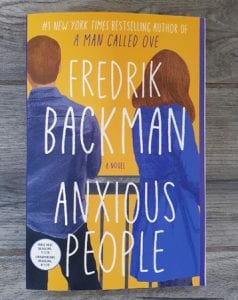 Beloved contemporary literature writer and  #1 New York Times bestselling author of A Man Called Ove, Beartown, and Us Against You is back with one of this fall’s most poignant and anticipated books, Anxious People. Featuring a cast of eight anxiety-ridden strangers who find themselves in an almost-robbery, where the criminal disappears without a trace; the what and how’s unfold in an unlikely story where they learn that sometimes those you have the most in common with are strangers.

Backman’s use of analogies underscores everyday musings bringing both a refreshing perspective and relatability. Dialogue between and within each character is rich yet simple, complementing Backman’s keen ability to exact the quirkiness of human behaviour. From a foiled robber, a banker rich in monetary wealth but poor in wellbeing, an embittered retiree, and a young couple expecting their first child, to an eighty-seven-year-old woman wise in years and seemingly unfazed by this botched robbery/hostage-taking.

Backman skilfully crafts protagonists who are both unlikable and likeable, flawed, and very real—with the baggage to prove it! Each character adds to the fabric of the story. A story we might presume would not happen to us, yet is plausible given the right set of circumstances.

Backman tackles heady topics such as suicide, loneliness, helplessness, mental health, and the struggle to curate a unique and authentic identity, whether it be as a coupled or single parent; a professional or retiree; husband, wife, or same-sex partner. Admirably, Backman includes resources and suicide hotline details for those that require support and humbly credits his counsellor for supporting him on his mental health journey.

Poignant, poetic, and raw. Anxious People is one of this fall’s most captivating reads that will break your heart and scatter the pieces before reshaping it with the ties of hope, forgiveness, and connectedness; the very tenants necessary for human survival—especially in our most anxious times. 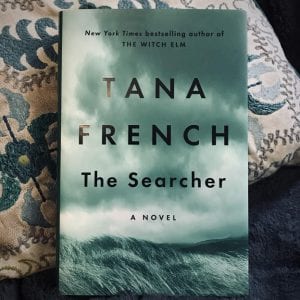 Tana French is back! With over 3 million books in print, the former resident on The New York Times Bestseller list (The Witch Elm) is set to launch her latest psychological thriller just in time for fall! So grab a cuppa and settle in with French’s propulsive latest book!

The Searcher features a picturesque setting in a remote Irish village and a newly retired cop looking for nothing more than a pint or two. But of course, that’s not how life rolls, right? The newly settled lead protagonist, Cal Hooper, has barely raised a glass to his retirement before being ensnared in a case involving a missing boy and caught up in a small town well-stocked in secrets and skeletons!

It’s an atmospheric tale with dark vibes and a sense of foreboding that will have you engrossed cover to cover! You can find The Searcher when it hits the shelves on October 6, 2020! 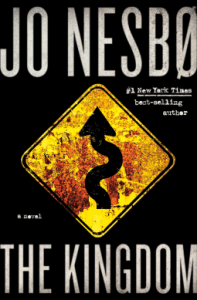 Nordic noir is a distinct sub-genre to the thriller trope and is my ultimate favourite reading genre!

The Kingdom is one of my most anticipated fiction reads this fall from Knopf and Penguin Random House. I am incredibly thankful to have recently received Nesbø’s newest via digital ARC and have immediately shifted my TBR’s accordingly so I could dive right in!

For those new to Nesbø, he is a multi-award-winning and #1 New York Times bestselling author many times over. Nesbø is a master of mystery, suspense, and police procedural thrillers that are dark, gritty and steeped in Nordic culture, thus being dubbed Nordic noir. The Kingdom is a standalone novel about brothers Roy and Carl whose life was spent running from the horror of their childhoods only to be drawn back in requiring them to face their demons.

“For mystery readers in search of heroes a shade darker than Agatha Christie’s Hercule Poirot, enter…Jo Nesbø…The Kingdom, Nesbø’s new standalone story, sees him peeling back layers of unnerving secrets surrounding a pair of brothers in Oslo, from their parents’ mysterious deaths to their family’s disturbing history and the secrets of their hometown.” —TIME, “The 42 Most Anticipated Books of Fall 2020”

Are you as eager to check this one out? Then take a peek at an advanced extract here!

5. What Are You Going Through by Sigrid Nunez (210 pages) (Published September 8th,2020, Penguin Random House) 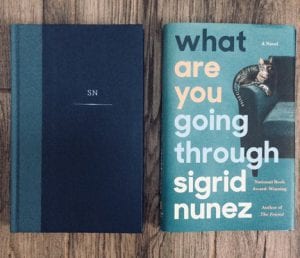 What Are You Going Through is the latest book from New York Times bestselling and National Book Award-winning author, Sigrid Nunez. It is a powerful contemporary literary novel not to be overlooked that aims to highlight the complexities of life.

In just over 200 pages, Nunez takes readers through the thought-provoking musings and interactions of its protagonist through a series of encounters over the course of ordinary life. In doing so, we sift through a series of unconnected yet interconnected relationships. There is also a sweet nod to a feline that is heartbreaking and tender; and, in my opinion, is a bit of a breakout scene.

It’s a story about connection, feeling heard, and of value. Providing wisdom and insight into loss and grief that feeds off of disconnection. Nunez’s narrator weaves through relationships offering a humbling perspective to mortality paired with love, empathy, humour, and hope. All the while subtly underscoring our truest and most meaningful connection—the one we find with ourselves. How often do we really “sit” with ourselves?

These two books previously published in the fall of 2019 by Penguin Random House. Both are by BIPOC authors that are being re-released this fall in paperback. 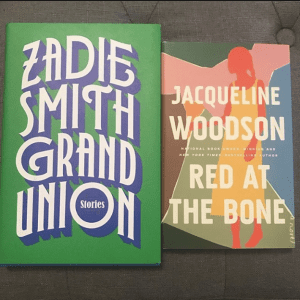 A beautifully constructed and profoundly reflective story that succinctly captures the rippling impacts of decisions made in youth. Told in alternating and intergenerational POV’s, Red at the Bone is a story of ancestral legacy, struggle, triumph, and hope. Red at the Bone is a striking look at the familial bonds of one Black family. Where history is tethered to painful truths of past trauma, passed down, silenced on the tongue yet deafening as it reverberates deep into the marrow.

This is the story of a young girl whose coming of age is celebrated alongside her family. It is a sacred rite of passage that marks the beginning for 16-year-old Melody. It also drums up the past for those who went before her, including her mother Iris who failed to partake in choosing a different path. The family’s shared journeys, though intertwined, hold distinct separateness; each longing for days of childhood while aching for a gleaming future. 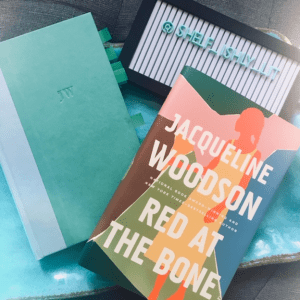 Short stories are a compelling niche in fiction that are often overlooked and underappreciated.

Zadie Smith, an accomplished literary writer of our time, returns with Grand Union Stories. The collection, which is more like pensive essays, nudges, implores, and at times gives readers a necessary push to give voice and address issues of our generation. Grand Union Stories consists of noted pieces featured in TIME Magazine, The Washington Post, The New Yorker, The Paris Review, and Granta. In addition, Zadie includes never-before-published pieces that comprise over half of this dynamic and dazzling collection.

Zadie’s vision and voice are enigmatic yet succinct in her ability to capture the perplexity of human behaviour and modern life. Using analogy coupled with direct observation, Zadie weaves readers through a thought-provoking journey that injects historical underpinnings to our current and possible dystopian futures.

Scant on answers but rich in questions, Zadie provides readers with a platform to mull over deep-seated biases. Zadie nudges readers to engage in perspective-taking over a myriad of themes. Zadie highlights the pervasiveness of racism, systemic oppression, genderism, and gentrification, while also delving into conceptualizations of identity and the act of “being” within the constructs of time, place, and person.

Grand Union Stories reads like boarding at Grand Union Station where each journey and destination is prescient and prophetic. Insightful, genuine, and perfectly paced for fall reading under giant trees and a bed of leaves.

If you loved any of the 5 new hot Fall 2020 fiction books,  let us know here and if you’re looking for more great reads, check out our Brookstore.

A Song of Wraiths and Ruin by Roseanne A. Brown (432 pages)