The Gravity of Us by Phil Stamper (320 pages)

The Gravity of Us by Phil Stamper (320 pages)

In The Gravity Of Us, NASA’s Going To Mars

In The Gravity of Us, Cal wants to be a journalist, and he’s already on his way there—he has half a million followers on a popular app and an internship with Buzzfeed. But when his dad decides to uproot the family from Brooklyn to Texas so he can follow his dreams of being a NASA pilot, Cal’s future is suddenly shattered. When they arrive in Houston, Cal is thrust into a media circus as the nation is desperate for more information about the astronauts headed to Mars. Suddenly, his life is more like a reality TV show, but thankfully he meets Leon, whose mother is another astronaut on the mission. Cal and Leon quickly become an oasis for each other amid the craziness. As their relationship grows, so does the frenzy surrounding the mission to Mars. When secrets are revealed about the program’s ulterior motives, Cal has to find a way to get to the truth without hurting those who are important to him. 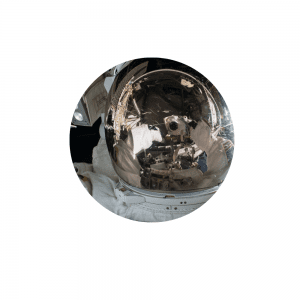 A Fun, Intriguing Story Of First Love And Future Plans

Somehow this one felt like a lot was going on, yet not a lot at the same time. Cal’s forced to move from Brooklyn to Houston so his dad can pursue his dream of being a NASA pilot. Cal’s also forced to give up an internship, adjust his future plans, and, in Houston, he’s shoved into the limelight for NASA’s reality show on the mission. Plus, in the midst of all these changes, Cal meets Leon, and falls for him quickly. While I was intrigued by NASA’s mission, the reality show aspect, and Cal’s social media presence, his relationship with Leon felt a little insta-love for me.

The Gravity of Us is set in an alternate present day, or at least a contemporary setting where the space program is a bit different. The space aspect, and finding out who got to go to Mars and when, kept me reading. Also, Cal’s future and the decisions he has to make since his father uprooted their family were another aspect that kept me on the edge of my reading chair. Does Cal stick with his big NYC journalism plans, or does he adjust them around Leon and his new life in Houston? Of course, if you want the answer, you’ll have to read to find out.

Overall, this was a compelling, light-hearted story set against the backdrop of a mission to Mars. It’s also a queer #ownvoices romance with social media and reality show entanglements. If you love NASA, enjoy a fish-out-of-water tale, and can appreciate a little insta-love, this one’s for you.

Do Not Disturb by Claire Douglas (400 pages)