In XOXO, Jenny Is a Cello Prodigy With Big Dreams

Jenny is an accomplished cellist with her sights set on attending the Manhattan School of Music. Jaewoo is a lost-looking boy who turns up at her uncle’s karaoke bar where she works. When Jaewoo is reluctant to leave, Jenny challenges him to a sing-off, and mere hours later, they’re exploring the LA Korean Festival together. That night, he returns home to Korea and Jenny goes home to find out that her mom’s heading to Korea as well, to care for her ailing grandmother. A couple months later, Jenny and her mom land in Seoul. She enrolls in the Seoul Arts Academy for the semester, and after arriving at her dorms, discovers the mysterious Jaewoo (who ghosted her after their one great night months before), is actually a K-pop star. Oh, and he also goes to the academy where she’s now enrolled. 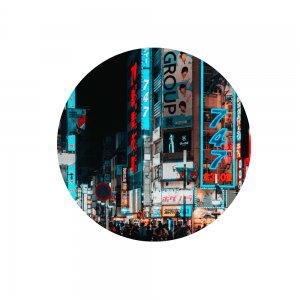 Jaewoo Is a K-Pop Star Who’s Forbidden to Date

XOXO is a story so great that I devoured it in one day. Jenny is a girl who knows what she wants and goes for it, and she’s funny too. Jaewoo is a shy, protective boy who’s drawn to her. When they reconnect in Seoul, after Jenny finds out who he really is (a K-pop idol who’s treated like royalty at the academy they attend), she also learns that he’s forbidden from dating. So they decide to be friends. That always works, right?

One of the best things about this one was the engrossing story and the standout characters. Besides Jenny and Jaewoo, I loved reading about Jenny’s new friends and Jaewoo’s bandmates. There’s mystery, drama, even a little adventure, and of course a lot of romance. The only thing that was a miss for me was the writing. While it was descriptive, it was also straightforward. It more often told the reader what was happening instead of showing them through action and dialogue. That led to me feeling distant from the characters, so reading this one was more like watching a (great!) movie on a faraway screen than being immersed in the heart of the story.

XOXO is swoony and real. Jenny and Jaewoo are instantly attracted to one another, but it wasn’t insta-love, just an instant spark. If you love K-pop and Korea, forbidden romances, and wouldn’t mind being enrolled in a high school performing arts school, this one’s for you.

People We Meet on Vacation by Emily Henry (384 pages)

Read Between The Vines - Book Club in a Box That is Refreshingly Unique!