Ning is running out of options. She already blames herself for her mother’s death. After all, she’s the one that brewed the poison tea that killed her. And now, Ning’s sister is dying from that same poison. Her only hope is to join a competition in the kingdom’s capital. The princess is looking for the next shennong-shi, or master of the art of magical tea-making, and Ning knows this is her only chance to save her sister’s life.

Once in the capital, Ning quickly realizes that poison isn’t the only danger. The contest drives the competitors to backstab each other and the court is full of those vying for power who aren’t afraid to hurt others to get it. Ning’s opponents are much better versed in these court politics than she is. Ning is surrounded by mystery, intrigue, and danger. But as Ning moves through the competition, her skill cannot be ignored. 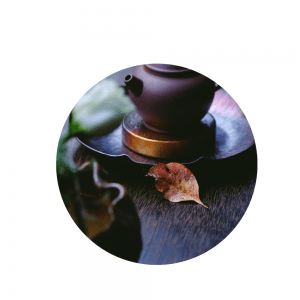 A Full World and A Quick Clip

The magic system of this world is really intriguing; it’s an interesting blend of more traditional medicines like tea with more modern treatments. In this world, the shennong-shi can create different magic depending on what kind of tea leaves they use and how they brew those leaves. It’s unlike anything else I’ve seen before. Lin blends threads of Chinese mythology and folklore throughout the story, which makes the world feel more lived-in and is a rich source from which she can draw.

Lin’s writing style is soft and almost luxurious, even when the action picks up; this style aligns with the cultural elements so well. It honestly feels like a warm cup of tea. While there are a few places in the middle of the story that are a tad slow, those spaces offer more worldbuilding that other stories typically leave out altogether. Overall, I think trading the pacing problems for creating a more lived-in world is worth it.

This book was my cup of tea (See what I did there?) and I think it might be yours too. The writing is rich but not pretentiously so and the plot’s pace will keep you engaged. Ning is an intriguing protagonist whose motivations are complicated but grounded in her character. Lastly, the inclusion of Chinese folklore and culture creates a world that may be more diverse than some other titles you’ve been reading. Lin grew up in Taiwan herself and she really celebrates that heritage here.

If you’re looking for more authors to celebrate during Asian American and Pacific Islander Heritage Month, check out my reviews for Not Here to Be Liked by Michelle Quach, Sisters of the Snake by Sarena & Sasha Nanua, An Emotion of Great Delight by Tahereh Mafi, and The Way You Make Me Feel by Maurene Goo.