Rust in the Root by Justina Ireland (448 pages)

Rust in the Root by Justina Ireland (448 pages)

Rust in the Root has Laura Facing an Uncertain Future

Laura’s world is at a crossroads. As a wielder of the mystical arts in the 1930s, Laura believes that the nation’s future still lies in mystical arts, not the new trade of industry and technology referred to as Mechomancy. Many disagree, especially since the Great Rust, a mystical event that showed the weaknesses of relying too heavily on magic. Determined as ever, Laura boards a train for New York City with dreams of earning her mage’s license and creating more opportunity for herself.

After six months studying as an apprentice, Laura hasn’t accomplished much. With a heavy heart and an empty pocket, Laura reluctantly applies to join the Bureau of the Arcane’s Conservation Corps. This branch of the military specifically works on correcting the events of the Great Rust so that Mechomancy can become the dominant industry. She quickly meets another powerful mage named Skylark who’s on a similar path, and he agrees to help her learn the mystic arts. But Laura can sense something more to Skylark, especially since he’s so cagey about his past. They’re soon sent on their first mission and discover that it  might be more dangerous than it is exciting. 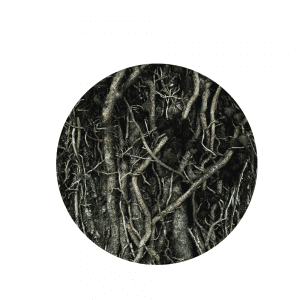 Tension Between Magic and Industry

Readers are very quickly dropped into a busy world that has a full and impactful history. Ireland works to make this period setting accessible to readers, and that work pays off. Laura’s world, while different in many ways, has enough similarities to our modern world to make the stakes and tensions familiar. The point of view structure is pretty unique; Laura’s story is written in first-person, while Skylark’s story is in third-person. I haven’t really seen this before, but the structure not only gave us a good purview into Laura’s perspective, but also helped keep Skylark a bit more mysterious in an unforced way. Even with the mysticism, the impacts of oppression and capitalism on Laura’s society will be very familiar to modern readers

As I mentioned, the world inside this book is quite busy. At times, it feels a bit too busy. I understand that Ireland is quickly trying to build out this world so that the action and stakes feel grounded, but at times, the pace is a bit overwhelming. I’m not entirely sure if this is planned as a series, but even a duology would have helped slow things down a bit.

But to end on a positive note, I was really interested in the desire for transition from magic to industry within the society. While that conflict is representative of a lot of different aspects of our own world, the tension works well in-world and has an almost steampunk-vibe. Overall, I’d recommend this Rust in the Root to anyone interested in the reflective conflicts that fantasy can provide.