Romanov Begins Well Before the Real Anastasia Lost Her Life

Anastasia “Nastya” Romanov has a mission given to her by her father before they were separated–smuggle an ancient spell to Siberia, where her family is being sent into exile. Unfortunately, the leader of the Bolshevik army is onto her. While the spell could save Nastya and her family from a terrible fate, there’s another option: to enlist help from Zash, a handsome soldier who’s tasked with guarding her family. He doesn’t act like the average Bolshevik, so Nastya’s friendship with him blossoms, even as her family’s situation becomes increasingly fraught. It all comes to a head—the spell and if it’ll work, Nastya’s relationship with Zash and if they have a strong connection—when the soldiers guarding them line them up, Zash on one side of the firing squad and Nastya and her family on the other. 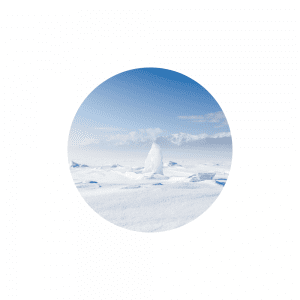 Nastya’s Bravery Is The Key to Her Survival

I’m not an expert in what happened to the Romanovs just over a century ago, but I’ve always been intrigued by Anastasia’s story (the 90s movie is probably to blame for that). Because of that, when I discovered this one, I picked it up and dove in almost immediately. While I’m sure it diverts from the actual history, the only obvious aspect of that diversion was one not-of-this-world addition: magic. That change took this one from a bland retelling to an imaginative alternate history, and made all the difference for me.

Another aspect that made this one stand out was its relationships. Nastya has a strong bond with her father as well as the rest of her family, especially her younger brother, Alexei. Romanov showcases how strong family and romantic relationships can alter the course of history. And while we know what happened to the Romanov’s is tragic, I was thankful Romanov didn’t flip it into a completely happy story. However, it does end on a more hopeful note than I was anticipating.

While this one isn’t perfect, I found it an interesting and imaginative historical retelling. Read this one if you love alternate history, enjoy strong familial and romantic relationships that carry the story forward, and adore the infusion of magic into real life.