s the Weather Warms Up, These New YA Releases Are Coming in Hot
Home  |  Best Of The Journal   |  Hot YA Spring Releases You’ll Want to Get Your Hands On

We have made it to 2021, and now that the weather is finally warming up, it’s time to go out and grab some fantastic new titles to read on your back porch this Spring. After a difficult 2020, YA authors are powering through to release some epic titles this year that readers can devour when they’re looking to get lost in the pages. These powerful novels tell the stories of different protagonists overcoming enormous odds, finding their voice, seeking empowerment, and stepping into who they are. There’s no better feeling than cracking a window to let that cool Spring breeze in while you’re reading an epic page-turner, so make sure to get your hands on these books ASAP! Here are our top five YA spring releases in no particular order. 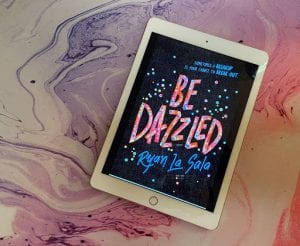 Raffy will do whatever it takes to be the best at this year’s cosplay competition with his passion for bedazzling. He’s worked for this. He’s strived for this. And he’s not about to let anything or anyone get in his way. Only when he’s paired with his ex-boyfriend, Luca, it brings back troubling memories of their perfect relationship gone wrong. Now, Raffy is forced to deal with unresolved feelings for Luca as he works towards everything he’s ever dreamed of.

Be Dazzled by Ryan La Sala is a delightful book that encompasses the absolute beauty of owning your art and your heart. Raffy is one brilliant person, and his relationship with Luca gives this book a balance of heartwarming and heartbreaking. In this story, Raffy must live up to the expectations of being the child of a famous artist while putting pressure on his own work. But Luca’s appreciation and respect for Raffy’s art shows Raffy that his art matters. 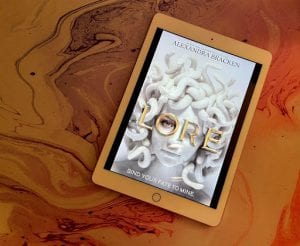 Seven years ago, Lore Perseous fled her violent world to escape the Agon—a hunt to execute and steal the nine Greek gods’ power as punishment for a past rebellion. After her family’s grizzly murder, she wanted no part of the deadly hunt these blood-thirsty hunters compete in. But as the next hunt approaches, Lore not only runs into an old friend who needs her help, she also runs into the Greek goddess, Athena, who offers her a deal that would help Lore leave the Agon behind forever. The problem? This deal includes Lore binding her fate to Athena, which can lead her to some deadly consequences.

Lore by Alexandra Bracken delivers a fast-paced tale that puts a deadly twist on Greek mythology. The dynamic writing weaved into the pages will leave the readers feeling an adrenaline rush while experiencing heartbreak, betrayal, and bloody deaths. But Bracken does an excellent job of sprinkling humour throughout the story with her fleshed-out, three-dimensional characters. If Lore’s friend Miles doesn’t help you forget there’s a deadly, immortal hunt going on in the streets of New York, I’m not sure what will.

Angie Thomas is back with another dynamic story that depicts the very real world we live in. If you’ve read The Hate You Give, Concrete Rose takes us back to Garden Heights seventeen years prior. The story follows Maverick Carter, a young man who knows that he will do anything to care for his family. With his father serving a prison sentence, Maverick attempts to make money by selling drugs for the notorious King Lords. With Maverick’s street smarts and keeping his mom in the dark, he believes this is the best way to keep his family afloat. But things take a drastic turn when Maverick finds out he has a child, and he has to do what he can to prove that he has what it takes to make a difference in his world. With the world around him telling him he will fail, Maverick will do whatever it takes to prove them all wrong.

Concrete Rose by Angie Thomas tells the story of a young man overcoming the stigma telling him he will never make it in this world. Thomas challenges the “normalized” idea of toxic masculinity and how you’re choices affect your future. Life throws Maverick loss after loss throughout this story, and how he handles each obstacle in his life pushes him to become what he wants to—a good man. 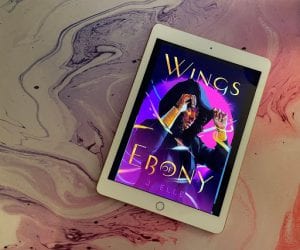 After her mother is shot dead on her doorstep, Rue’s absent father takes her away from her sister and brings her to Ghizon—a hidden island of magic wielders. Rue soon finds that she is half-god, half-human, and Ghizon is a place where the leaders do whatever it takes to protect their magic while thriving on human suffering. Determined to get back to East Row and her sister, Tasha, Rue breaks the Do Not Leave Law and finds herself back in Houston. Only, things have changed, and the neighbourhood she once knew has been immersed in violence. When Tasha’s life is in danger and sinister forces close in on East Row, Rue must find her strength and muster up her abilities to save everyone and everything she loves.

Elle wrote a beautiful, fresh fantasy in Wings of Ebony and a powerful main character. Rue is the type of protagonist we all need with her spirited and strong personality. Her voice’s determination shows the readers exactly who she is as she pushes through the story being unapologetically herself. Not only that, but she’s relatable. Rue’s life is wholly upended when her mother dies, and she must learn to adapt to a terrifying new world as she worries about her sister and misses her home. Her strength to step into exactly who she is gives the readers a sense of hope. 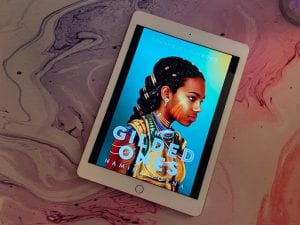 The Gilded Ones by Namina Forna gives us the story of Deka, a sixteen-year-old girl who comes from a village where they do a bloodletting ceremony to test the girls’ blood to see if they will become a member of their community. Already feeling like she doesn’t fit in, Deka fears what her blood might mean for her. Her fears are confirmed when her blood runs gold during the ceremony—meaning she is seen as “impure.” To escape a fate worse than death, Deka accepts the offer of a mysterious woman—to fight in an army alongside girls just like her. The army is called “alaki,” and since Deka wants to leave the deadly village behind her and find acceptance, she begins her journey with them. But as her journey with the alaki moves forward, she begins to learn that the city, the people, and even herself, are not what it seems.

The Gilded Ones is a West African fantasy that holds so much power through the eyes of a sixteen-year-old girl who has seen the unimaginable terrors her world has brought on them. Namina Forna writes the story in a way that deals with issues like abuse, misogyny, trauma, racism, and more, and we see the effects all of these issues have on young women who fall under a patriarchal society. This story’s voice and empowerment are what make it stand out as we follow Deka on her daunting journey to take down the empire’s greatest threat. Need more reasons to read The Gilded Ones, check out my fellow contributor Rachel’s review.

YA Spring Releases Sets the Stage For 2021

We are just about three months into 2021, and the bar has been set tremendously high with the titles that have been released so far. These YA authors are here to set the tone for YA books this year, from deadly immortal hunts to creative magic systems and real-world issues. Getting lost in one of these epic worlds seems like a wonderful springtime activity, so it’s time to go pick up these books! And think about it, it’s only March, so there’s much more time for authors to release even more amazing titles, which means there will be a lot of reading to stay on top of this year!

Interested in hosting a BooknBrunch event with one of our Top 5 YA Spring Releases? Learn more by clicking here! 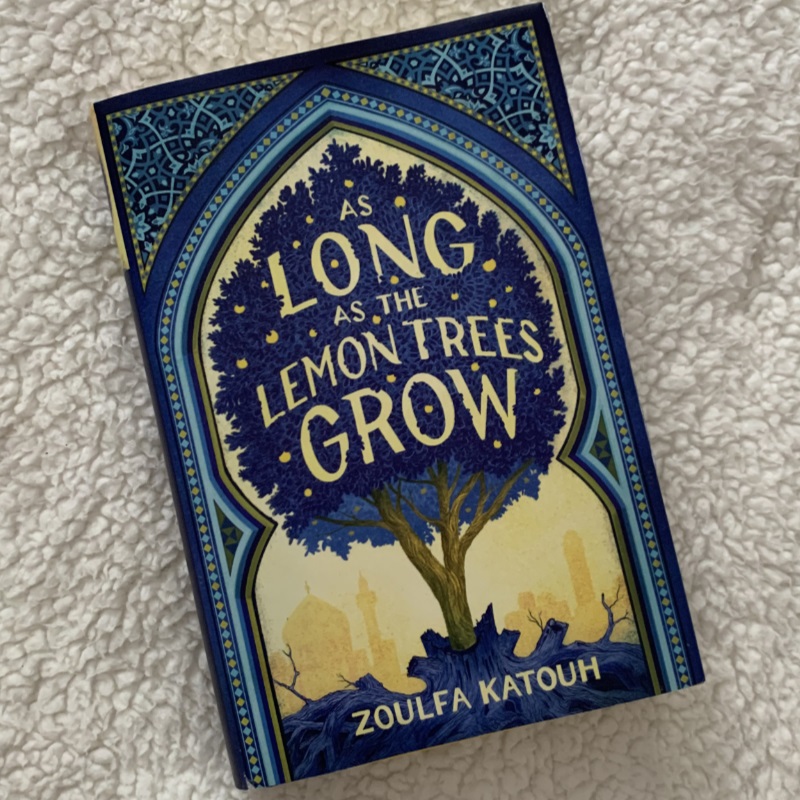 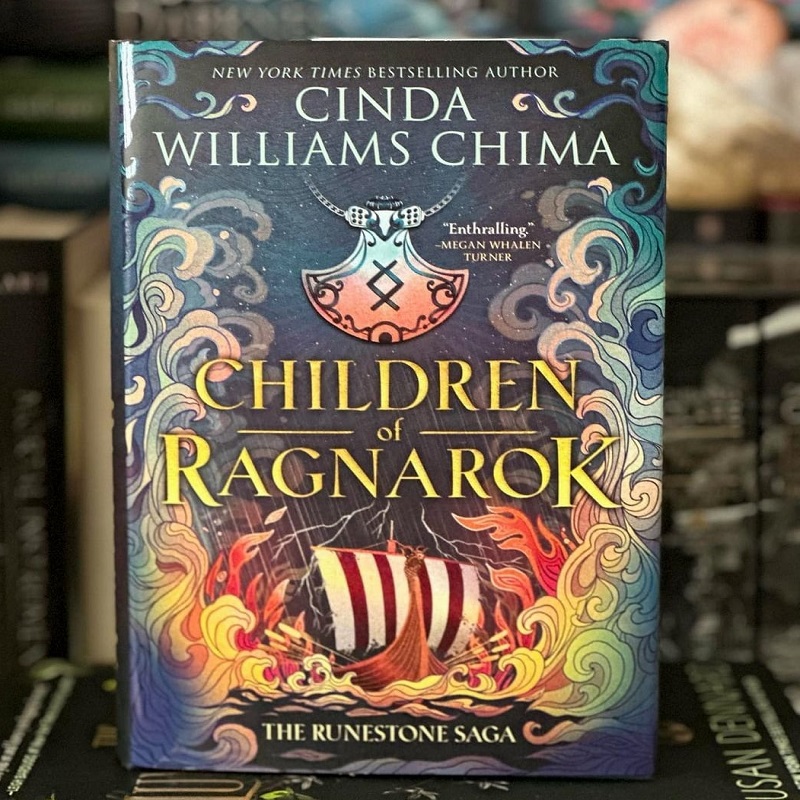 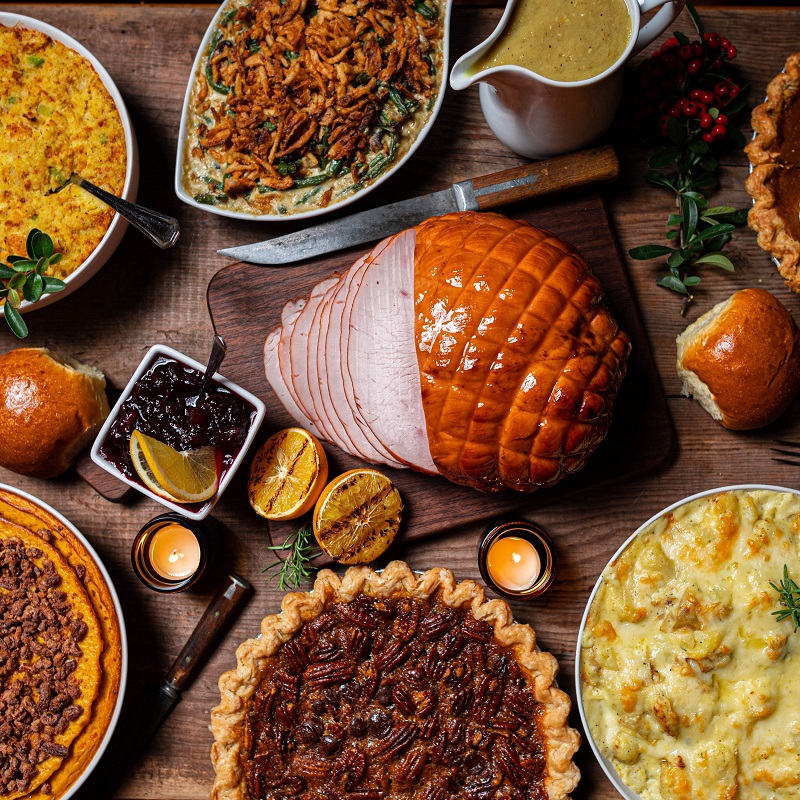