In I Am Malala, we learn how a 15-year-old girl, through her authenticity and determination, developed into a human rights advocate and founded an international movement.

I first heard of Malala when she was transferred to the UK in October 2012. All I knew was that she was the girl flown from Pakistan to Birmingham for treatment after being shot by the Taliban for refusing to give up her education. Her life beyond that point is described in the final three chapters of the book. The previous 22 chapters of the book were almost entirely unknown to me and blew me away. The daughter of an educational activist whose family ran a chain of schools in a remote region of northwest Pakistan was influenced and inspired by her father’s work. From an early age, she observed the negativity her father’s actions provoked from those opposed to girls’ education and recognized the potential risk that brought with it. She didn’t shy away from doing what she believed to be correct; continuing to study and attend school while writing under a pseudonym and sharing tales of life under the control of the Taliban. On her way home from sitting an exam one day, two gunmen halted the van she was travelling in. ‘Who is Malala?’ they asked, and without waiting for a response, they opened fire, shooting directly into Malala’s face and injuring two of her friends.

The story of her recovery and her achievements is even more remarkable than the story of her life before the attack (if you could believe that was possible). The world spoke out to denounce the actions of those who had issued and carried out the attack. Since her recovery, she has met many global leaders, presented at the United Nations and addressed the House of Commons of Canada. In 2014 she was co-recipient of the Nobel Peace Prize and was the youngest-ever Nobel Prize laureate. She remains a prominent activist for the right to education, co-founding the Malala Fund and recipient of Pakistan’s first National Youth Peace Prize. 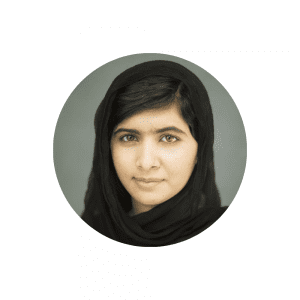 An extraordinary story of relentless activism and achievement in the face of repression and terrorism in a society where sons are typically the prized possession.

What she has lived through and what she has achieved in her short life is nothing short of remarkable. I am in awe. She is truly an inspiration to me.

The book is incredibly well written with a pace that trots you through the days of Malala’s life. Each chapter provides a much-needed break, a moment to inhale and get your breath back. Reading it was an absolute pleasure and joy.

Reading the book allowed me a small insight into a life that I could never have imagined as I sit in my comfortable apartment in NYC. Only when you immerse yourself in detail can you begin to understand the impact on people’s lives caught up in the situation. She is one of many being repressed in this way, simply because she was born a girl.

If her words had changed just one thing, that one thing alone would have been an achievement, and we would be one step closer to gender equality. But she achieved more than one thing and has started a new movement, a necessary and valuable movement. We may not be Mala, but we can all do something to drive equality and inclusion, however small and inconsequential it may feel at the time. Doing something is better than doing nothing. Doing nothing is not an option.

I was overwhelmed by Malala’s story and her personal achievements. I am truly humbled to be given an insight into her life and what she has managed to achieve through self-belief, grit and sheer determination. A truly inspiring book and a truly inspiring lady.

Let us know what books you have read that have opened your eyes to aspects of the world that you could never imagine. Share with us how the experience changed or shaped your thoughts or actions by sending us an email at hello@booknbrunch.com.