Henri Haltiwanger Can Charm Just About Anyone

Henri Haltiwanger is a star debater and a popular student at the prestigious FATE academy in New York City. He’s also a trusted dog walker for his wealthy neighbours, and dreams of attending Columbia University in the fall. While he can charm almost anyone, one of his classmates, Corinne, is seemingly immune. When her mom hires Henri to walk Corinne’s new dog, Palm Tree, she looks a little further into his business and realizes the fancy company Henri works for is more or less a website of his own creation. In exchange for keeping this information to herself, Corinne asks him to help her be a little less “intense,” a word that one of her teachers used to describe her in a letter of recommendation. Henri agrees, and what starts off as a little light blackmail soon turns into something more surprising than either of them thought. 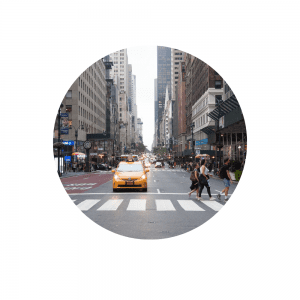 Henri May Be Charming As A Verb, But He’s Not Immune to Mistakes

Henri’s one of those characters who comes across so clearly on the page that I can imagine him walking by, on a crowded NYC street, with an easy smile and a leashed dog. He’s in the midst of the college admission process, which is full of emotional high and lows. For him, the inequalities of the process are stark, especially since he goes to a school where a lot of the students are well-off and Ivy League bound. Henri’s journey feels authentic, especially when a slip-up in his Columbia interview feels like the end of his dream. As he struggles to figure out the path ahead, Henri makes a jaw-dropping (literally, for me!) decision that alters the course of the story. The twist took me off guard, but I loved that it wasn’t predictable and didn’t lack consequences.

While the story is mainly about Henri finding his way, his relationship with Corinne also vies for center stage. Henri and Corinne have been peers for a while, but it’s not until Corinne gets a dog and her mom hires Henri to dog-walk that they start spending more time together, on dog walks and at social events because of, you know, the light blackmail. But it quickly becomes more, and I enjoyed how their relationship goes from at odds, to uneasy friends, to something more! They have a great dynamic and their chemistry was fun to read.

Charming as a Verb is a sweet rom-com with sharp characters who jump off the page. Henri’s life is full and feels real, especially as he navigates high school dynamics, a part-time job, the fraught college admission process, and a new relationship. If you love New York City, plenty of dog cameos, and stories about finding yourself, this one is for you!